There are two primary ways that we can spread a workload across multiple devices. In a previous document, we addressed data parallelism, an approach in which examples within a batch are divvied among the available devices. With data parallelism, each device stores a complete copy of the model. Here, we explore model parallelism, a different approach. Instead of splitting the batch among the devices, we partition the model itself. Most commonly, we achieve model parallelism by assigning the parameters (and computation) of different layers of the network to different devices. 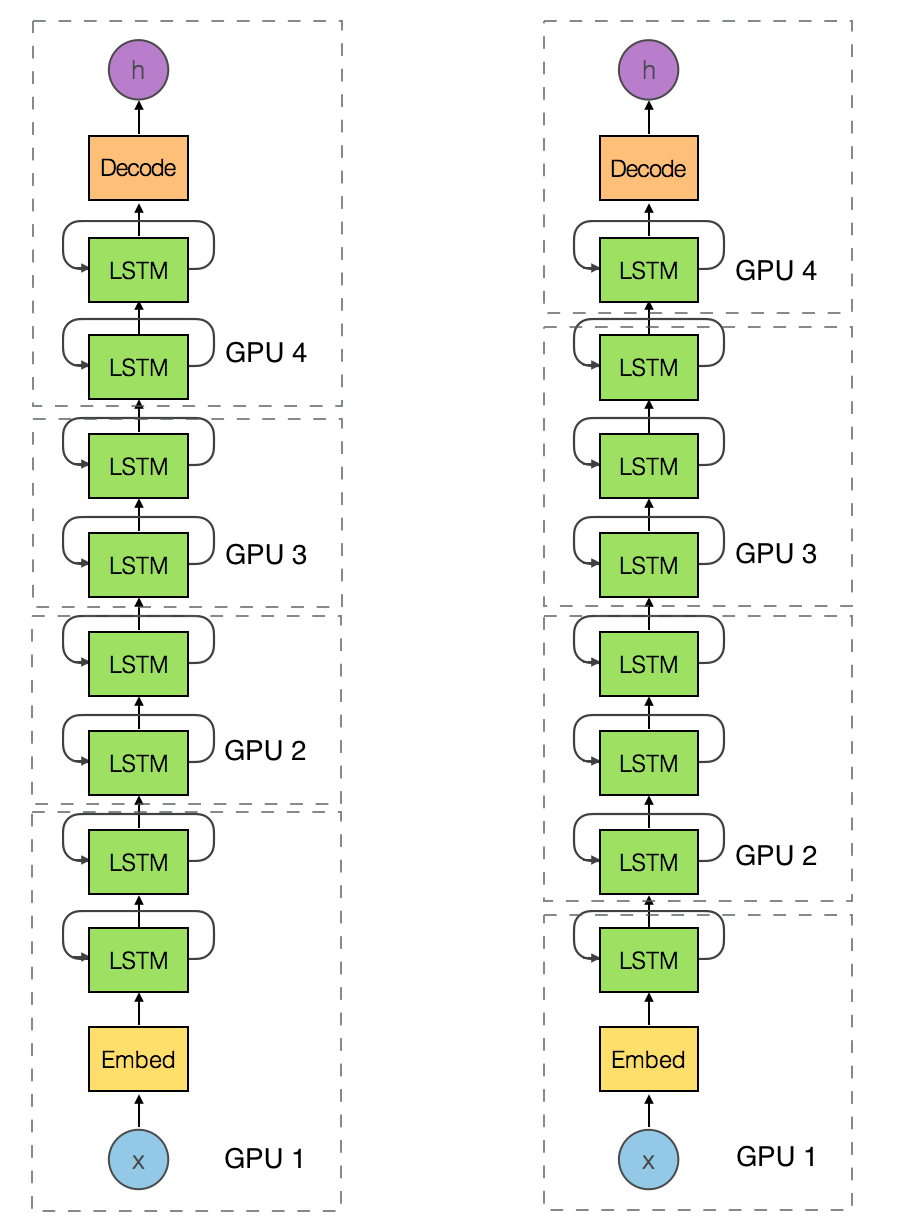