We will cover a couple of approaches for performing the hand written digit recognition task. The first approach makes use of a traditional deep neural network architecture called Multilayer Percepton (MLP). We’ll discuss its drawbacks and use that as a motivation to introduce a second more advanced approach called Convolution Neural Network (CNN) that has proven to work very well for image classification tasks.

MLPs contains several fully connected layers. A fully connected layer or FC layer for short, is one where each neuron in the layer is connected to every neuron in its preceding layer. From a linear algebra perspective, an FC layer applies an affine transform to the n x m input matrix X and outputs a matrix Y of size n x k, where k is the number of neurons in the FC layer. k is also referred to as the hidden size. The output Y is computed according to the equation Y = X WT + b. The FC layer has two learnable parameters, the k x m weight matrix W and the 1 x k bias vector b. The summation of bias vector follows the broadcasting rules explained in mxnet.sym.broadcast_to(). Conceptually, broadcasting replicates row elements of the bias vector to create an n x k matrix before summation. 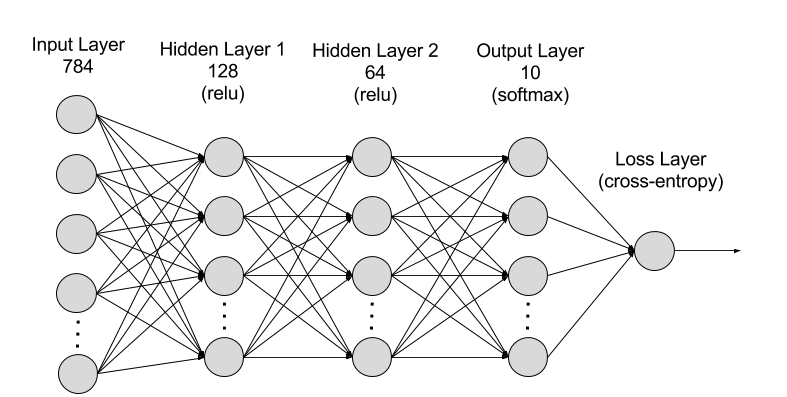